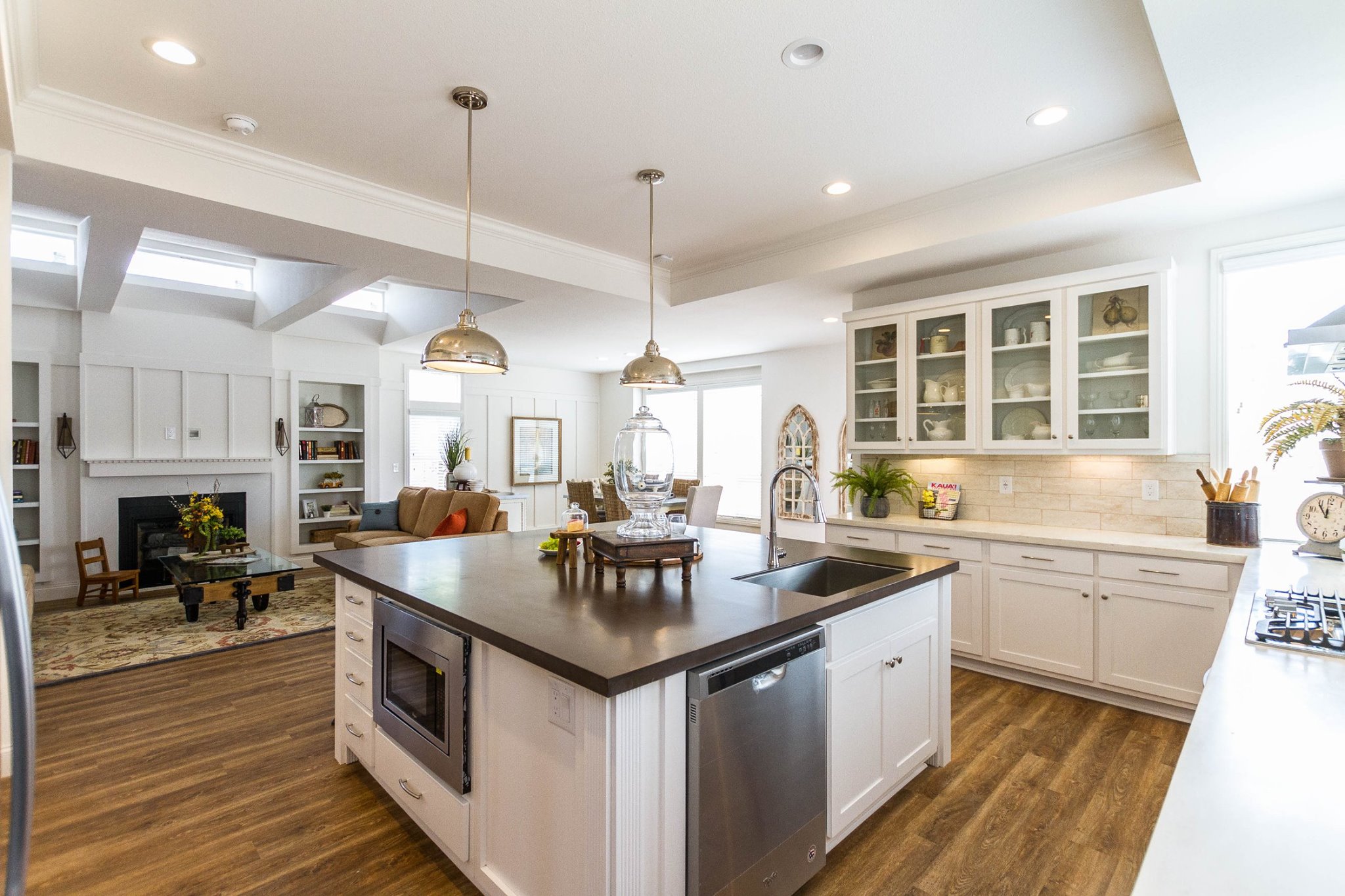 Mobile Home, Trailer or Manufactured Home.. Which is it?

You say mobile home I say manufactured home... Is there a difference?

Mobile home, trailer home, prefab home, manufactured home. It is likely that you've heard all of these terms used interchangeably, and might wonder which one is correct. Technically, these days all of them are correct. Just like anything else that is available for a long time in a wide range of areas, manufactured houses have evolved over time, which has resulted in new names. The most accurate term would be manufactured homes, which means that it was built in a factory instead of being made on site.

When mobile homes first appeared on the market in the 1940's they were much smaller than the homes we see today. At that time they were referred to as travel trailers, designed for people who did a lot of traveling and needed a bare minimum living quarter. These travel trailers were often pulled behind everyday vehicles, which made them extremely convenient.

The first big evolution of the mobile home came in the 1950's when people began using them as a long term affordable housing solution. They went from being about 8 ft. long trailers into fully functioning houses. This is when the homes started to be called "mobile homes" instead of "travel trailers". Because of the leap in size the mobile homes were much more difficult to move and required a special truck for transportation.

In the 1960's and 70's the mobile homes grew wider and longer, which is when they stopped being easily transported by regular vehicles, making them less "mobile". 1976 marks the year that the term mobile home should have technically been replaced by "manufactured home". In June of 1976 the FHA (Federal Housing Association) began regulating the standards of mobile homes.

As the manufactured homes industry has evolved over the years those 8 ft. trailers have become full fledged 90 ft. long houses, with everything a site built house has. The terms single, double or triple wide refer to the width of the houses, which is a homeowner's preference. Many even have garden tubs, fireplaces and spacious open floor plans, which is a long way from the travel trailers before them!

If you are wondering how this effects you, just keep in mind when shopping that a mobile home built before 1976 was not built to code and rarely qualify for mortgages. A manufactured home is the term for homes that were built after 1976 and are held to FHA regulations, which means that they qualify for mortgages. All these terms are used interchangeably, which can get confusing, especially when you are shopping for a new home or trying to sell an old one. For the most part what you call it just depends on the region you are in and the folks around you. The next big evolution is a name change that DOES make a difference, the modular home. Be sure to subscribe on the right to get more great information like this!

How To Prepare For Thanksgiving

How To Winterize Your Mobile Home